Today Davidski has released an upgrated version of EUtest.. Although the test is designed primarily for Europeans, with new additions Davidski claims it is more precise for New Worlders.
I run the test for all Kurdish samples I have, It appears to be Oracle is indeed very solid for Kurds.. Though omission of Gedrosia may cause false signs for people who are not familiar. Gedrosia component seems to be eaten by West Asia, North European(East Eu, North Sea, Baltic) and ANI therefore some of the Gedrosian alleles here represented as South Asian here.

Here is KRD0000K 's Oracle run since He is the closest individual to Kurdish Sample used in the calculator: 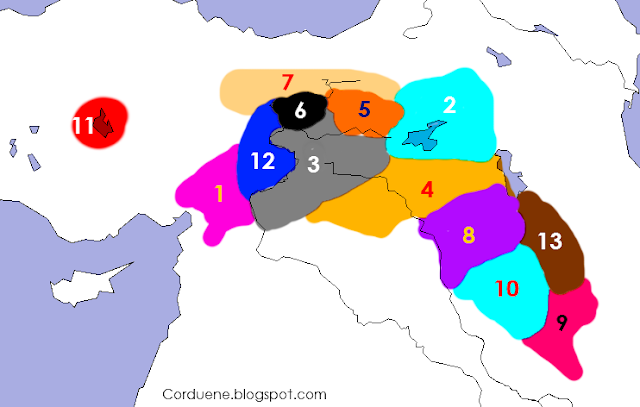